A computer takes help of a different device to perform a different job. A computer can process a large volume of data and produce a desirable result. When we get inside working of computer we find that there are different hardware components (categorized under different types or unit) playing their roles to support the overall processing of a computer system. The figure below explains the block diagram of  computer system. 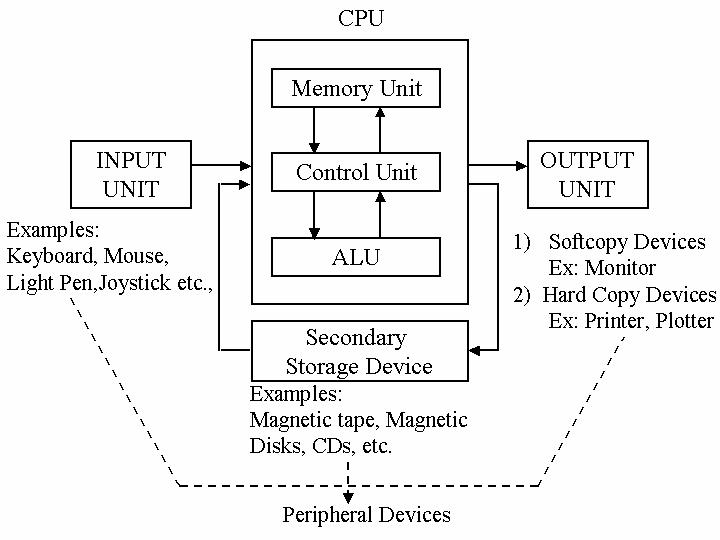 The basic operations performed by CPU are listed below.

A Working principal of computer

A computer is known as an information processing machine. It takes in raw data from input devices. After it takes data, it processes the data according to the given instruction using processing unit. Finally, the result is displayed to the user and stored in secondary storage devices.

Below is the list of different units of a block diagram of computer that connects to form a full functioning computer system.

Input unit: The input unit consists of different input devices. The role of an input unit is to give data to the computer. A Computer takes input from input devices in the form of clicks, drags and drops, pointing, alphanumeric characters etc depending upon the device used. Input can be either a data or an instruction. The Keyboard is a type of input device that gives data as input to the computer whereas mouse usually gives instructions through clicks.

Processing unit consists of various parts like CU, ALU, Registers and is often referred to as an electronic brain of a computer system. This unit is responsible for performing overall operations of a computer system. After the input device provides raw data to the computer system, CPU performs specific operations like, addition, subtraction, division etc and produces a result which we call an output. CPU can also access data from secondary storage of computer via primary memory. To carry out any operations the CPU assigns tasks to its component

Components of a processing unit.

ALU is a logical unit of CPU. This unit is responsible for the processing of the data and instructions. When the CU encounters instructions which are related to performing logical or arithmetic operation on data, it passes that instruction to ALU. It carries out arithmetic operations like additions, multiplication, divisions etc. The comparison operations that arithmetic logical unit performs are comparison like less than, greater than, less than or equal to, greater than or equal to, not equal to etc. Logical operations includes OR, AND, NOT etc. The data on which ALU performs operations are fetched from memory unit. After the processing completes, the information or result is sent back to the storage or an output device.

The output unit of a computer system are the collections of hardware components that show output to the user either in hardcopy or a softcopy format. After CPU completes the processing on the data, the outcome of processing also known as output or a result is passed to this unit. The output unit is responsible for translating the result in human understandable format and displaying it.

The Storage unit is also a part of a block diagram of computer. Storage unit or secondary storage unit is a non-volatile device that holds programs, files, documents.  It provides facilities to store a large volume of data. CPU executes the data stored on storage devices indirectly. The data are transferred to RAM first and after an execution, the data can be again written to Storage unit. 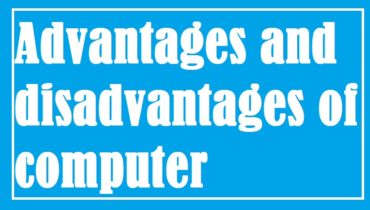