Home
|
Others
|
Impact of Computer Technology on Society.

Development of science and technology has a direct effect on our daily lives as well as our social life. Computers and ICT have brought various changes in our lives and society. It has not only affected and reflected on an individual but also organization and society. With rapid advance growth and development in technology since the very first computer, we have seen a quantum leap in changes made that has affected us both in our present lives and future. It is really important to understand the impact of computer technology on society.

The computer and Technology have been widely considered as one of the greatest inventions of a 21st century, but it is also often blamed for many problems and even tragic events. The use of personal and home computers has increased exponentially since the 1980s. Computers are used in wide range of fields, It is almost impossible to find an office or an organization that doesn’t use computers. It is used in different fields like education, hospitals, hotels, offices etc. Despite the positive, this technology brings, negative side effects do exist.

Some positive impact of computer technology on different fields.

Impact of computer technology on Education

The education sector is one major area that computer are playing an important role. By using computers teachers, students, researchers and school administration get benefits. Teachers use a computer to research on teaching materials to broaden their knowledge so that it can be passed interactively and easily to students. Computers are used by students as reference tools.  They use computers to browse the Internet to look for information. Many websites provide online education.  In online system, students can access class notes, submit assignments and also join a discussion group with other learners. The computer-based training (CBT) or presentation is also called computer-aided instruction (CAI). Edutainment is another type of CBT. Edutainment combines the education with entertainment. These software are used to teach students in an entertaining and exciting way. 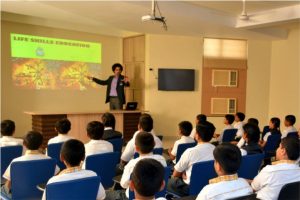 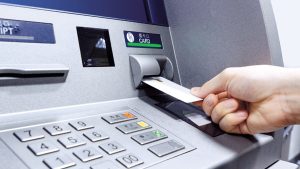 The computer is considered as the nerve center of the modern banking systems all over the world. It controls the entire banking system that also includes ‘Electronic Banking Service’.  The services provided by technology are:

Nowadays computers are being used in almost every area of the medical fields such as laboratories, pharmacy, scanning, monitoring, researchers, telemedicine, etc. In the hospital, computers are used in the different medical units such as ICU (Intensive Care Unit), EGG (Electrocardiograph), Operation Theater, Recovery Room, Medical Ward, etc. Most of the medical equipment are used to monitor the patient continuously are computerized. These equipment monitor the changes of heart rate, pulse rate, blood pressure, breathing and brain activity of the patient. Computerized alarming devices activates in case of any emergency. 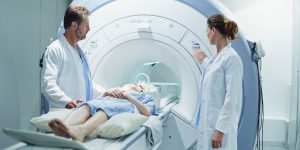 Another use of the computer in the medical field is telemedicine. In telemedicine, the services of medical care centers can be accessed by using computer video conferencing.  Also during the training doctors uses computer aided surgery, to learn surgical techniques. Doctors are using computers to diagnose disease and for many other purposes.

Impact of Computer Technology in Entertainment.

The computer is also playing very important role for the entertainment of people. Now, a computer has become a need of humans for entertainment. For instance, computers can be used for playing games, watching movies, listening music etc.

Impact of computer Technology on Travelling.

Nowadays computer plays a vital role in the field of traveling. It helps people to find and reach the destination easily. Modern cars are equipped with a special piece of technology called onboard navigation system (ONS) that can track the movement of the vehicle in case it is stolen. Cars that have ONS and GPS can report the location of the cars to the owner. While traveling by plane, an airline provides users with internet services to connect to laptops or a Smartphone. Computers are also used in air traffic control to control traffic. 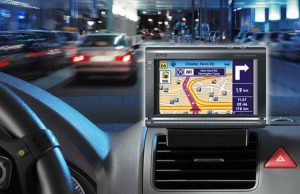 ONS used in a car to Navigate

Impact of Computers on Agriculture

Yes, a computer is also used in the field of agriculture. The farmers get information about crops, their market prices, to find the cost, etc. Students of agriculture can access information related to their subjects from the internet. There are expert systems designed in handling issues of agriculture such as water utilization and management, pest control, harvest management etc.

Impact of Computer on Communication

Nowadays computer technology has been one of the most widely used media for communications.  In communication, Computer technology in communication is used to share data or messages through the Internet. Using computers to exchange message throughout the world is quick, reliable and cheap. People generally uses social networking sites like Facebook, LinkedIn, Twitters etc to communicate with friends and family.

Impact of computer on Communication

Nowadays, a hotel without a computer is like a doctor without a stethoscope. Almost overall operation of Hotels like room reservations, meetings, guests’ bill etc is carried out with computers. It is also used to order beverage, foods, and supplies as well as present reports for Administrative managerial staffs and Hotel owners.  Computers are also used to manage security. Security officers use computer technology to monitor overall activities through CCTV.

Different research shows that with people who spends more time on computers are likely to have some side effects on health. It’s less likely to participate in physical activities when someone spends a lot of time on a computer. This can cause different health issues like eye problems, back strains weight gain etc.  Beyond these issues, it is also reported that computers can give mental stress to the users while trying to fix different issues and anxiety when unable to complete work on time due to slow computers, virus infections etc. Some of the common health issues caused by overuse of computers are Visual fatigue, blurred vision, eyes burning, headaches and change in eyeglass prescription. 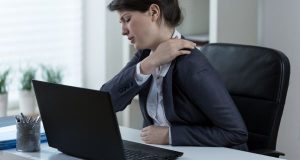 The Internet is full of both good and evils. Children and teenagers are vulnerable to finding adult materials on the Internet. They can be easily exposed to Pornography which can affect their view towards sex. Children that has access to the internet can involve in different types of drugs.

Computers contain harmful chemicals which can affect our environment when failed to dispose it properly. To reduce the harmful effects, old computers and their component should be recycled properly.

Since computers are used in almost every fields, people usually don’t have a second thought about providing their information on the internet. This might increase the chances of different internet frauds and cyber crimes like phishing , hacking, identity theft etc.

Piracy is another major issues created by computer technology and Internet. Software piracy, movie piracy, and plagiarism have increased a lot.

Before providing any sensitive information like credit card numbers and passwords, login credentials etc, make sure the site or application is legit.

Issue copyright to your contents before publishing it to the web.